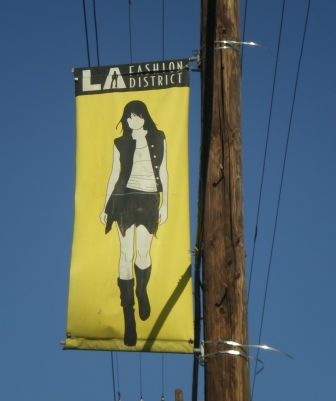 Fashion junkies across Los Angeles are all thinking, “In your face, Milan!” right about now. Global Language Monitor released their yearly report on the fashion capitals of the world, and Los Angeles came in FOURTH! I know, I know, as much as we love L.A. and all of its designers—we were shocked too. As was GLM, which noted in the article, “Los Angeles! Yes, L.A.,” after we moved up five spots from 2012.

The top three cities were New York (stealing the spotlight from last year’s capital, London), Paris and London, respectively. See the rest of the list here. The rest of the top 10 included Barcelona, Rome, Berlin, Sydney, Antwerp and Shanghai.

New York’s top ranking bodes well for the upcoming Mercedes-Benz Fall/Winter 2014 Fashion Week, taking place February 6-13. IMG Fashion, which runs NYC’s fashion week, reported to the Wall Street Journal that a number of changes were in the cards for fashion week, which had become “too cluttered with people whose connections to fashion were tenuous at best.”

“It was becoming a zoo,” said Catherine Bennett, senior vice president and managing director at IMG Fashion Events and Properties, to the WSJ. “What used to be a platform for established designers to debut their collections to select media and buyers has developed into a cluttered, often cost-prohibitive and exhausting period for our industry to effectively do business.”

Those changes include new, less expensive venues. And, said the WSJ, “The redesigned venues aim to better control and reduce audience capacities, ‘making invitations once again an exclusive pass for true fashion insiders,’ according to IMG. Lincoln Center has often been swarmed with fashion bloggers, street-style photographers and fashion fans looking to be seen and photographed at the big scene, in addition to the hundreds of journalists and scores of celebrities.”