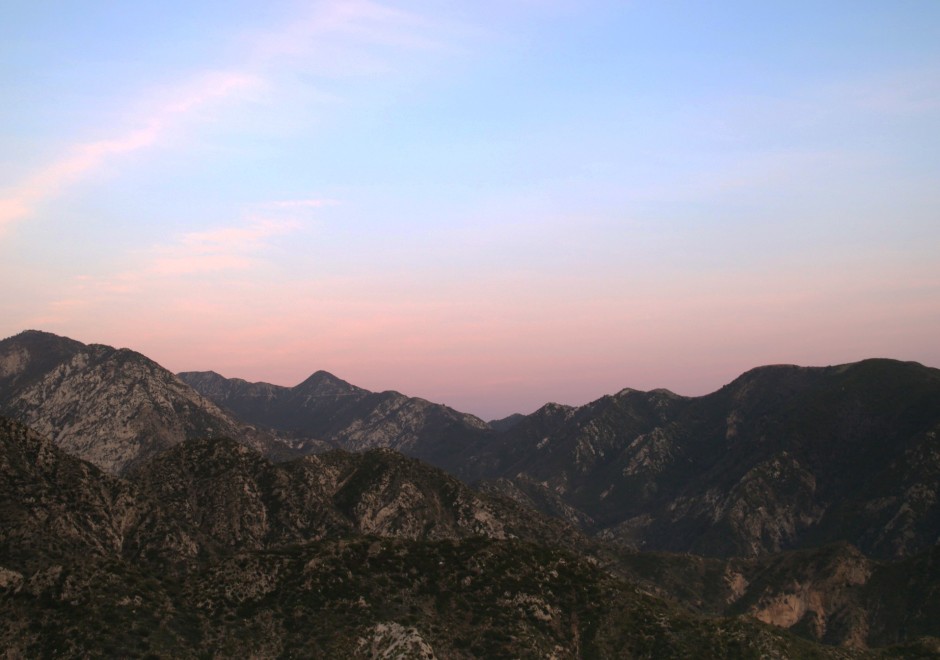 I love the excitement and anticipation that comes with every outdoor adventure, whether it’s hiking, kayaking, zip lining, running or whatever—I just love being surrounded by beauty and chance. The chance that anything can happen, especially if you’re willing to push yourself. That’s what this picture reminds me of—the possibility of anything that lives in everything. END_OF_DOCUMENT_TOKEN_TO_BE_REPLACED 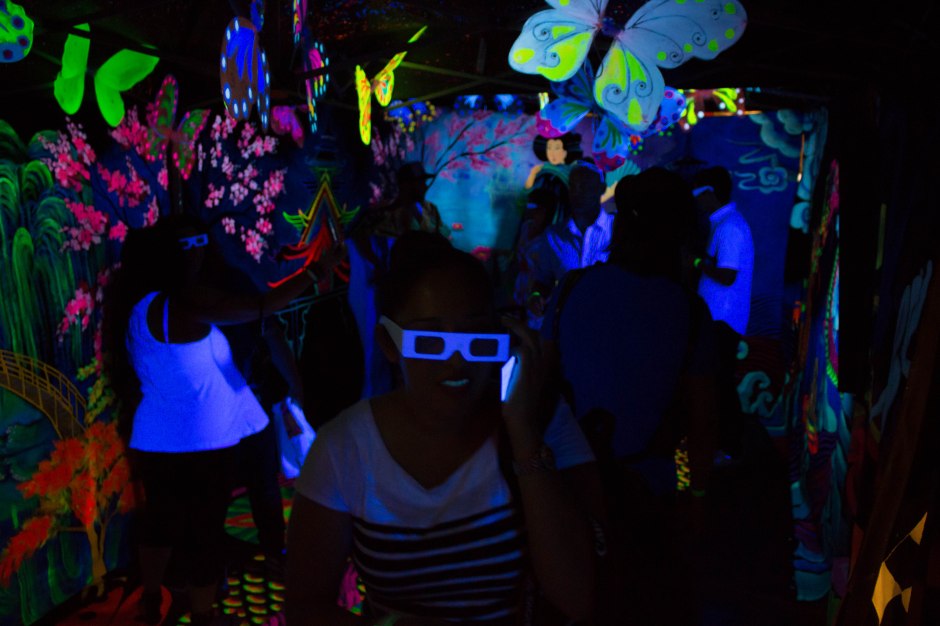 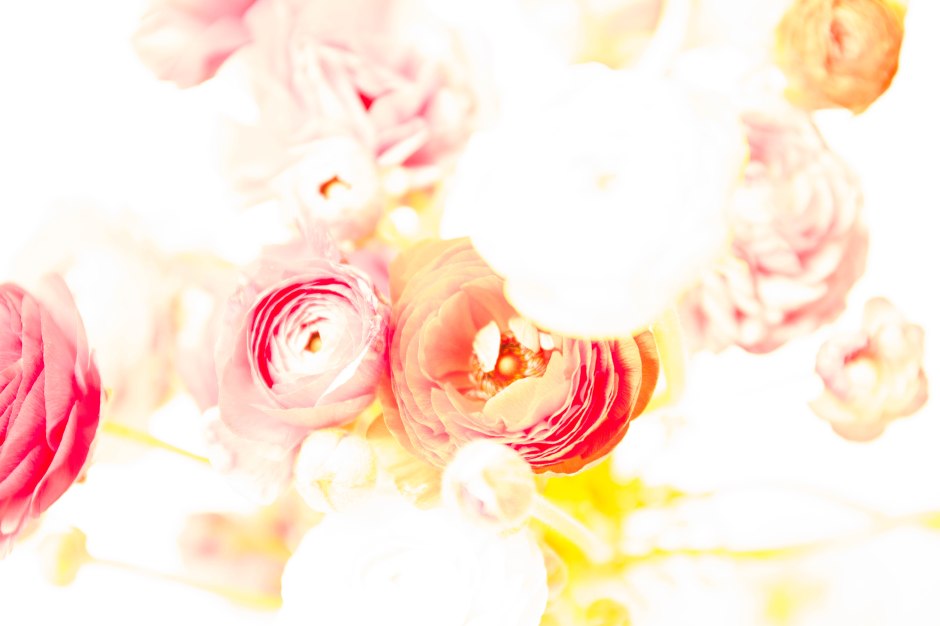 I usually try to add flowers to a photo as an accent instead of the whole shebang. But now I’m working on a project where the topic is the passage of time, so I’m pretty much photographing flowers in the process of wilting. I’m also working on a lighting experiment that went a big haywire, but I like it. END_OF_DOCUMENT_TOKEN_TO_BE_REPLACED 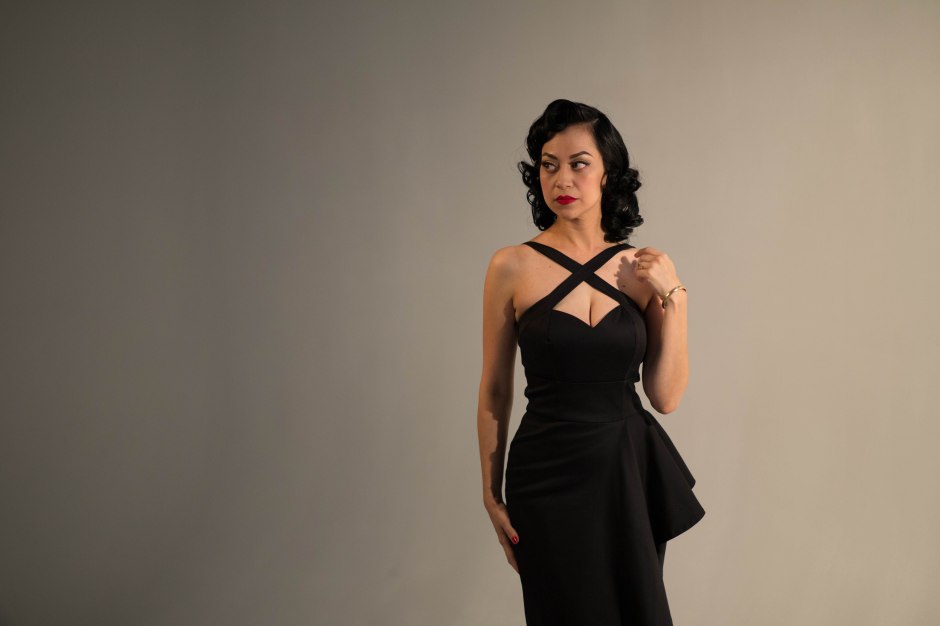 Well…It’s been a hectic few weeks. And they’re not done yet! But I’m loving every second of it. The last two weekends, my Saturdays have been spent in the studio discovering END_OF_DOCUMENT_TOKEN_TO_BE_REPLACED 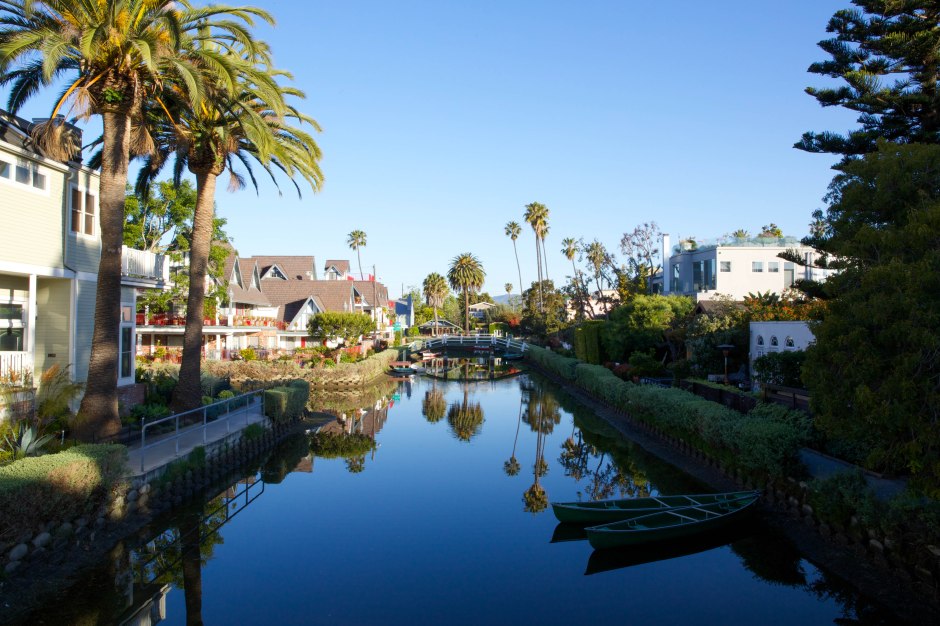 We visited the Venice Canals this weekend (the California kind. Maybe Italy, another time!) and took some fun shots of our friends. I snapped a photo of the canals before END_OF_DOCUMENT_TOKEN_TO_BE_REPLACED

“Did it rain last night?” is the question I keep hearing Angelenos ask each other this time of year. Some friends who live in west L.A. swear it has rained this week, but over in West Hollywood (which is more east than it sounds), I haven’t seen a drop. Sprinklers, though, resulted in some drenched flower buds this morning. 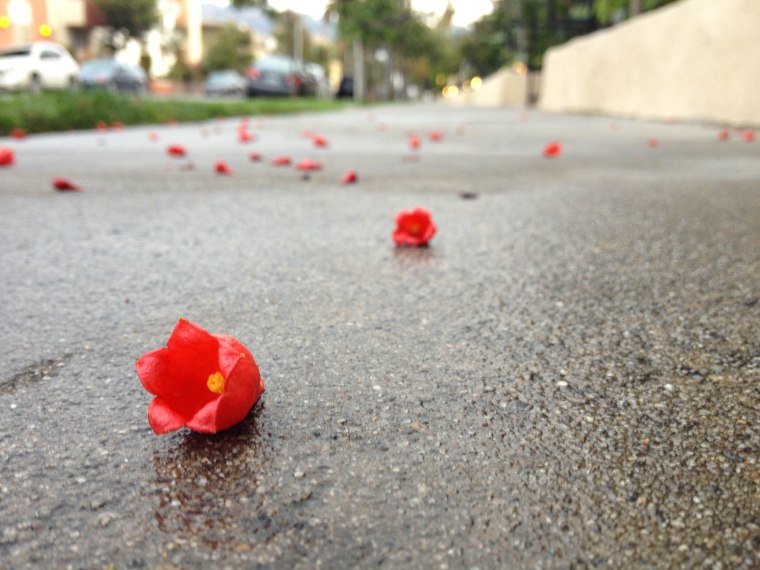 Just a few favorites from around our apartment: A cute jewelry elephant I picked up as an impulse buy at Forever 21 ($6—worth it!); a beautiful sunset from our balcony; my favorite candles that smell delicious; the only plant I haven’t failed! (Confession: My husband takes care of it.) 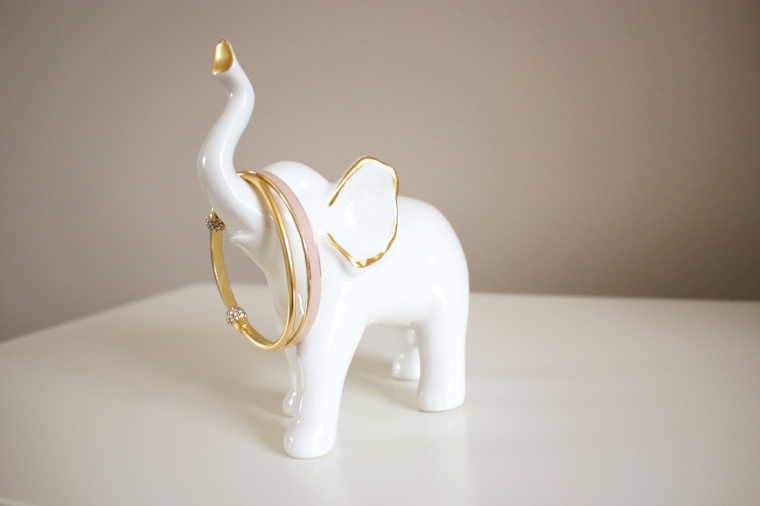 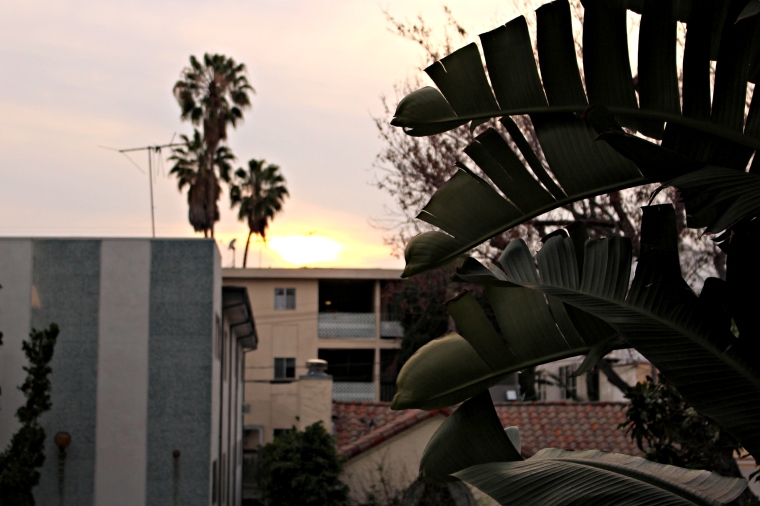 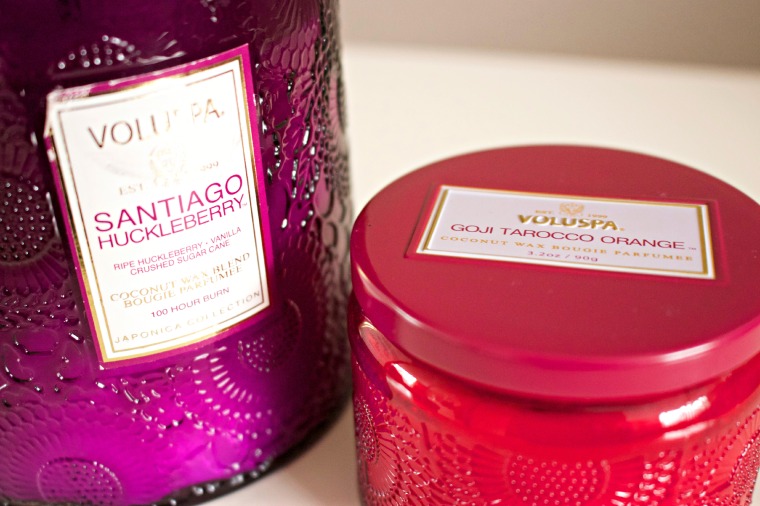 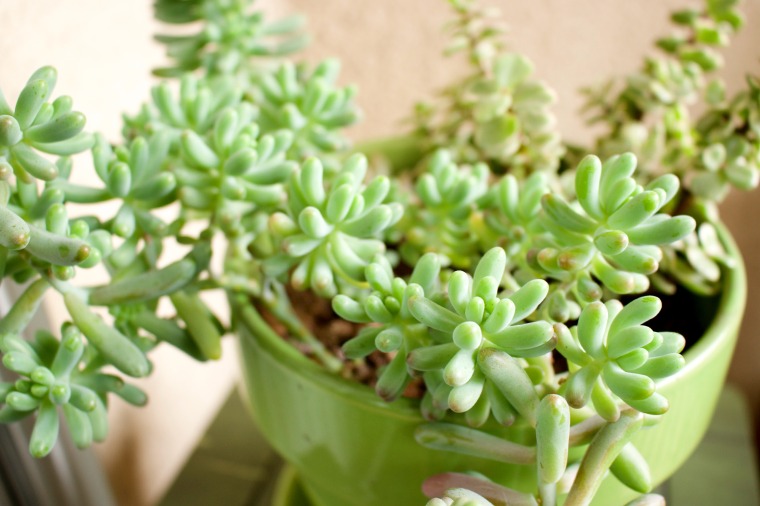 Confession: Sometimes, I don’t want to write…I just want to sit on my porch, drink coffee, read and enjoy the view—oh, and squeal about how cute my dog is on the porch, protecting me from possible intruders. Watch out, squirrels, Kuma is ON IT. 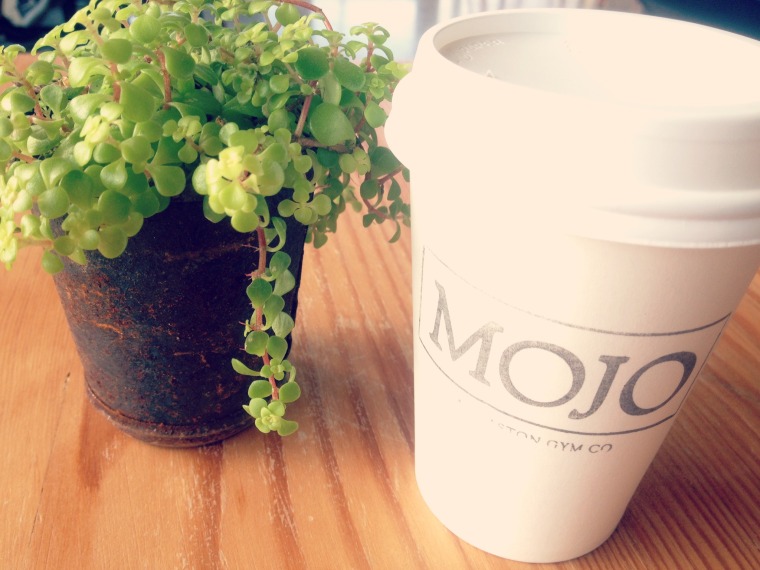 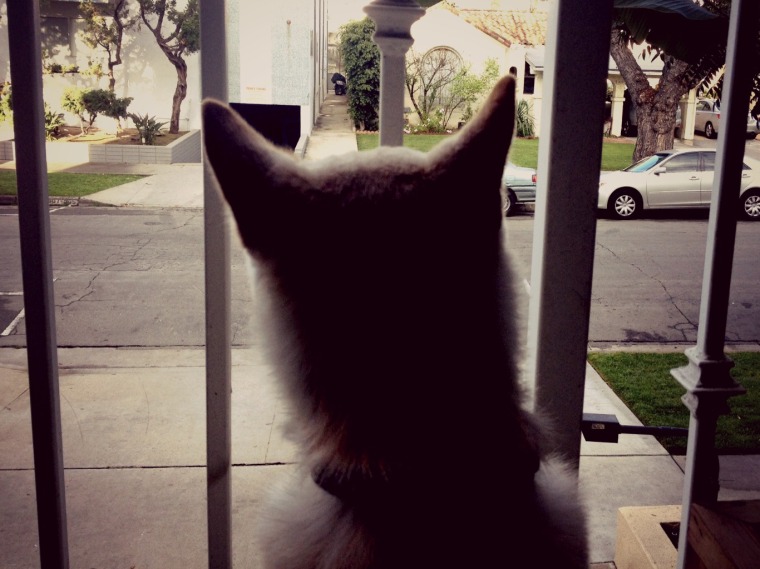 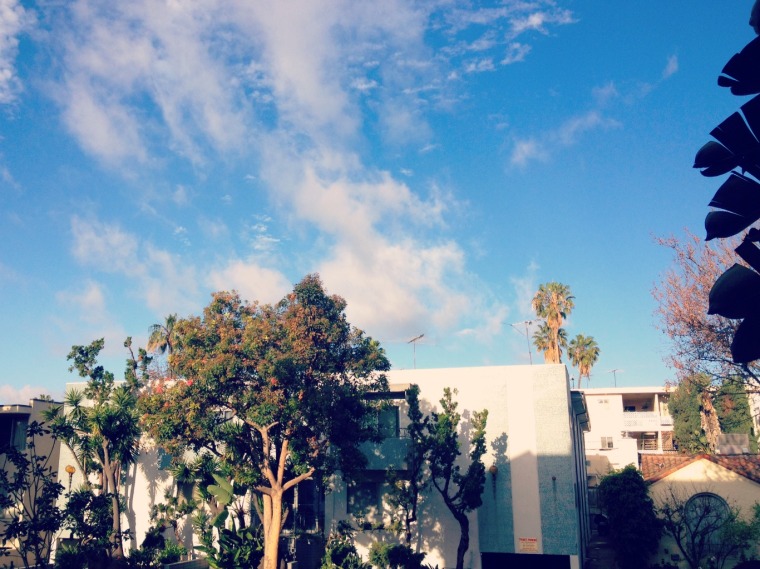 Guys—the Flamingo Hotel in Las Vegas actually has a wildlife habitat with flamingos. And they’re so cool! I definitely recommend taking a peek if you get a chance, because there are some other cool animals hanging around. 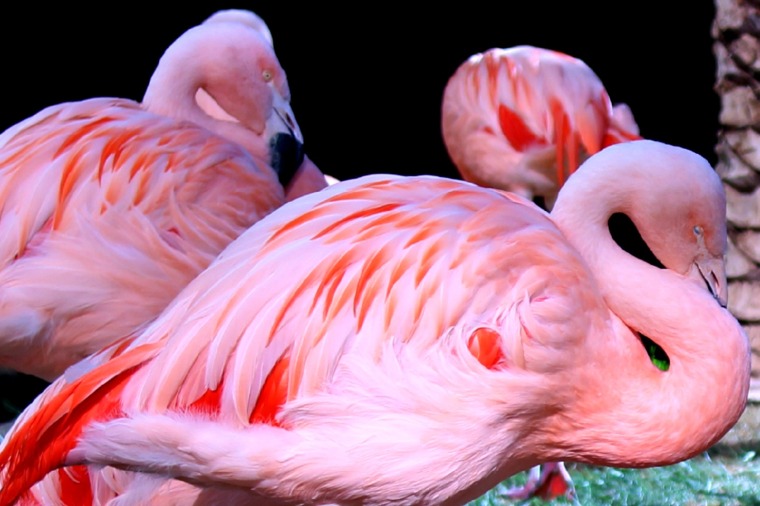 Alec and I went to the Parks & Recreation panel at PaleyFest this week at the Dolby Theater, and it was a pretty great way to spend a Tuesday evening. If you can get tickets to a fun panel, I suggest trying it, if only to see a new episode of the latest show a few days early. (But no spoilers, which co-creator Mike Schur requested). Oh wait, I have to mention that it was moderated by freaking Patton Oswalt and he was a hilarious genius, of course.

1. Amy Poehler is hilarious and clever and cute all time, especially two glasses deep into a nice white wine, which she had on stage and didn’t hesitate to pour for other cast mates.

3. Jean-Ralphio (Ben Schwartz) and Mona Lisa (Jenny Slate) are often asked if they are brother and sister in real life because they look so much alike. Alas, they aren’t.

4. Mike Schur, P&R co-creator, insisted that if Jerry (Gerry or Larry)’s work life was going to be so pathetic, than his home life had to be unexpectedly better than anyone’s. Hence, Christie Brinkley.

5. Back to Nick Offerman, who, with a full-grown beard (and just a bit of silver fox mixed in) is extremely handsome, especially in a well-tailored suit. Also, he’s done full-frontal (in Deadwood) and all the shots on the show of him wood-working are done in his personal wood-working studio at his home.

6. Amy Poehler was blown away by the amount of love fans started offering once the mic went to the crowd and almost teared up on stage.

7. Also, more Amy Poehler stuff: She said she felt like she and Leslie are almost the same person: “I love her exuberance. I’m a little lazier and more cynical and more checked out than she is,” Poehler said. “She tells everyone all the time what she’s feeling. What’s cool about her is there’s nothing cool about her.” Poehler also said that the P&R season finale was “bonkers” and would have “a lot of change.”

Can’t wait to find out about that tid-bit! 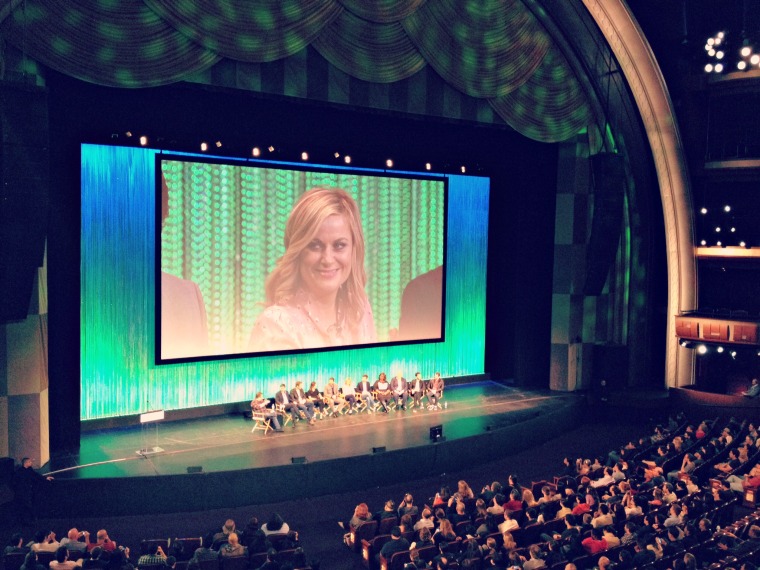 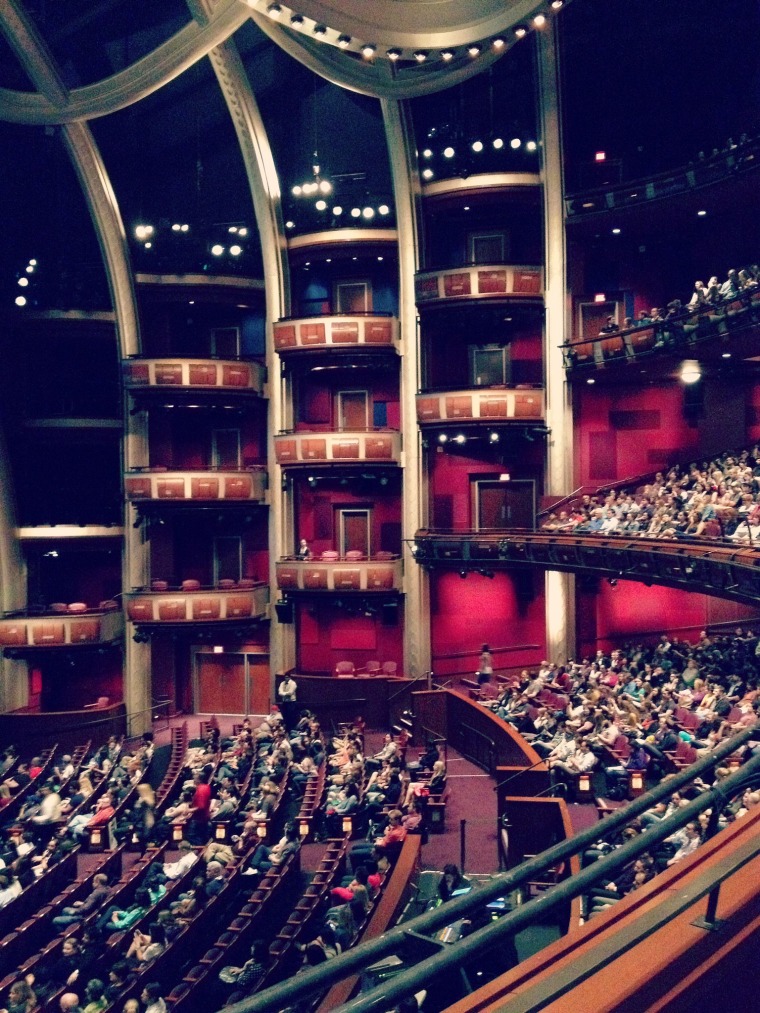 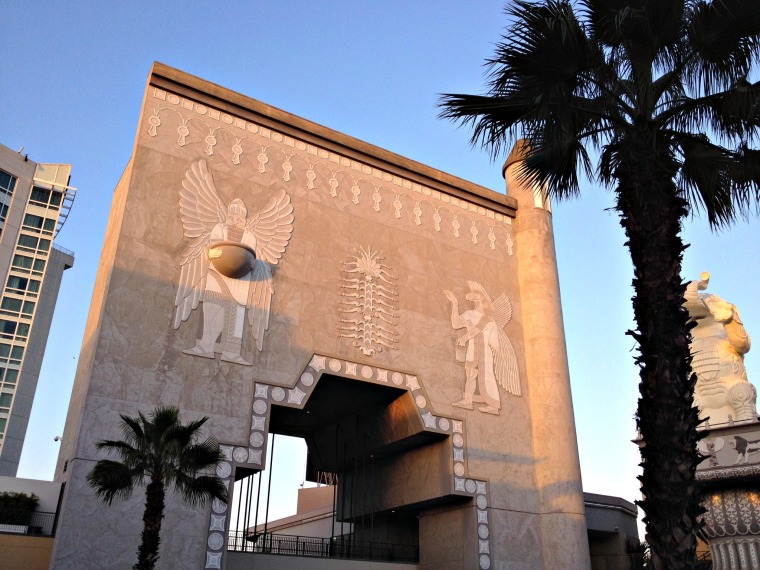 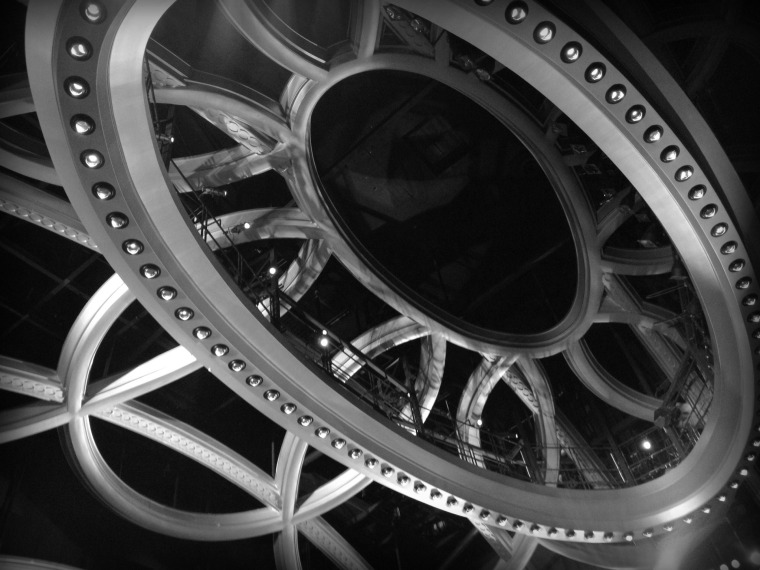