1. I love love love designer clothes, but I don’t wear them.

I actually dress in basics every day: flats, skinny jeans, a cute-ish but plain top and whatever style I can wrangle my frizzy hair into. I always manage makeup, but that’s about as far as I go into fashion on a daily basis. Sometimes there’s cute jewelry involved. But that doesn’t mean I don’t have the interest—my floor is littered with fashion magazines, and I certainly have my industry idols (Sarah Burton, Joe Zee, Frida Giannini…on and on). I love the creativity and imagination that goes into designing clothes, and think it’s a courageous endeavor, to put your ideas out there for other people to critique. Fashion is art, and those who create it reveal their thoughts and emotions as any other artist would with a canvas or a pen.

Seriously, any photos you see of me that aren’t my hands—that took hours. And they are a result of playing with angles and light and trying to do some photo-editing magic. Instagram helps a lot.

Ugh, people hate that. All people—not just fashion-industry types, but just, all people.

You’ll wait and wait for one to start (all editors side-eye Marc Jacobs), but when they finally get the show on the road (or, runway, ha), it lasts like 10-15 minutes. And sometimes, I’ll see a look on the runway that I think looks kind of meh, maybe just OK, and then in photos later, it is stunning.

5. I kind of think Carrie Bradshaw is the worst.

I know all fashion lovers should worship at the feet of Sex and the City and Ms. Bradshaw, but I just can’t handle her ridiculous quotes: “I couldn’t help but wonder, can you make a mistake and miss your fate?” F-ing, no. If you missed it, then it wasn’t really your fate, now was it? But I guess you’d have to believe in fate to begin with. Vomit.

6. I have made some amazing fashion mistakes.

Just because you love fashion doesn’t mean you won’t fall victim to it (especially when you’re a teenager). Example: Did I own Uggs at some point? Yep. And early-2000’s tie-worn-as-belt? CHECK. However, I’m proud to say my closet has never seen a trucker hat or any juicy couture.

Because…why? Why do you need to wear a hat that could fit a doll? I never understood why this became a thing for some people. Agh.

8. The people with the best style are not following trends.

What makes you and your style unique are the quirks—the weird stuff that maybe others wouldn’t try, but you jump right on in. Just go with it! 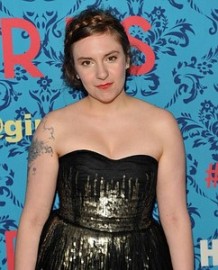 I’m not talking about a general girls-of-brooklyn hate, I mean a specific book: “Brooklyn Girls,” which is apparently “Sex and the City,” but in a different burrough and younger. And broke. Just as boy-crazy.

Anyway, people are hate-loving this thing. I don’t think I care enough to read it, probably because I’m too old, however, I do love Lena Dunham, and she doesn’t like it either. So maybe it’s not an age thing as much as it is a trend-exceeding-its-flash-point thing.

I had a thought for a moment after reading these many opinions on Brooklyn girls: What about L.A. girls? It would be pretty much the same thing, just a more showered form of hipster who is employed—but still in PR. Some things for girls in their twenties are just universal.

In 1998, a chain-smoking, fiscally irresponsible technophobe named Carrie Bradshaw tip-toed her way into our lives, teetering on Manolo Blahniks and wearing a newsprint dress.

And we loved her! And Sex and the City. We still do, and with good reason. Though she spent a bucketload on clothes (envy!), she was always perfectly coiffed (except for the newsprint number. I am so, so against that outfit and wish it had not reappeared in the movie. It was a bad call, Patricia Field). Her amazingly rent-controlled UES apartment and weekly writing gig somehow kept her clad in designers. She didn’t have and didn’t want a cell phone, and today, probably would have trouble with the idea of Twitter and Facebook. And internet dating.

It also took us a few seasons to question her smoking habit, which now wouldn’t even be brought up during development.

The only aspect of 1998 Carrie Bradshaw that I see surviving the last 14 years is her style (except for, again, the newsprint dress. And maybe that questionable barn number she wore to the Hamptons and met Berger in.) And that was the point. But let’s say that the idea for SATC didn’t come up until yesterday, and it was exact same idea. Would we love her so much? Yes, we do know what current-day Carrie would be like, as any die-hard fan has sat through both movies. And I like to think that the SJP we see at awards shows and in the first rows of fashion week is, in part, a result of Carrie’s style. But that’s not the Carrie we fell in love with. Though, we did see 1998 Carrie resurface when current Carrie prickled at the thought of a TV in the bedroom.

So, my point is: Would 1998 Carrie even happen today? Let’s discuss.

She’s a technophobe: Carrie’s answer to online shopping: “No, no, shopping is my cardio.” And that was when online shopping was just becoming a thing; Facebook wasn’t even a fired neuron in Zuckerberg’s brain at that point.

She writes for print: Not anymore. Today, she’d have an online column and write it daily, not weekly. No, sorry, hourly. She’d be writing all day, every day. And it would be a blog on the paper’s website, not a full-blown column.

She lives in a crazy awesome UES brownstone on 72nd: Even writing daily, and even though her bedroom didn’t have a wall or a door, she would never, never afford that place on a blogger’s “salary.”

She smokes: Of course that wouldn’t be such an integral aspect of her character’s personality these days. But like most girls I know, she would probably be a social smoker. You know, the girls that have a random flavor of Camel’s at the bottoms of their purses, magically coming out outside the bar after a few martinis. Think about it. Because you’re probably one of them.

She drops stupid amounts of money on shoes: Though we all love this idea, in today’s economy, we would feel shame just looking at a pair of Louboutins through the window, much less 20. Though the episode when she realized she had spent on shoes what most couples spend on the down payment for a starter home was pretty on target, it didn’t stop her. Most of us would consider that a wake up call. If only.